Olymel’s management has announced the sudden passing of its president and CEO, Réjean Nadeau.

Nadeau, 71, succumbed to a sudden and virulent cancer. He passed away peacefully on Thursday, October 14, surrounded by his loved ones at his home in Rougemont, the company says. 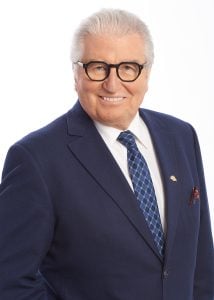 The date and location of a memorial are soon to be announced by the family, with Olymel’s complete support.

In a message written for the managers of Olymel and of its owner, Sollio Cooperative Group, as well as for all Olymel employees, distributed throughout the company on October 7, Nadeau reiterated the importance of people in the success of a company like Olymel. He invited all to continue on the path of growth, keeping in mind the values on which the company was founded: integrity, respect and trust.

“Pay attention to your colleagues, smile, question your attitude and your way of leading, and be open to change: at times it will be technological and will push our business model to evolve; you will see our old face-to-face model become hybrid; at times the path of growth and development will send shockwaves through the organization, and in the end, management will experience a new boom under new leadership. These are all challenges that I know you are capable of meeting, like a tight-knit family,” wrote Réjean Nadeau in a final farewell.

Nadeau devoted most of his career to Olymel, which under his leadership grew into the largest processor in the Canadian agri-food industry, and became a universally recognized flagship Quebec company, says Paul Beauchamp, senior vice president. Since taking the helm in 1996, Nadeau grew the company to expand its operations from Quebec, to Ontario, Alberta, Saskatchewan, and New Brunswick, through multiple partnerships, mergers, and acquisitions in the pork and poultry sectors.

“We are deeply saddened by the passing of Réjean Nadeau, an inspiring, visionary and dedicated man and leader. I would like to express my deepest appreciation for his work, which was closely linked to the success not only of Olymel, but also of Sollio Cooperative Group. Whether it was the acquisition of Red Deer in Alberta, the more recent acquisitions of Pinty’s and F. Ménard, or the creation of Unidindon and the merger with Groupe Brochu’s Supraliment meat division, Mr. Nadeau has been an invaluable pillar. It has been a great privilege to work with him over the past few years,” says Ghislain Gervais, chair of the boards of Olymel and Sollio Cooperative Group.