A month into the job as Minister of Agriculture, Forestry, and Rural Economic Development, Nate Horner says he’s catching up with producer groups in the province and working to get up to speed on the priorities for Alberta agriculture.

Up first on the docket following his appointment was the Federal-Provincial-Territorial ministers meeting last month, where Horner says it was highlighted how the 2021 drought showed the gaps that still exist in federal risk management programs. 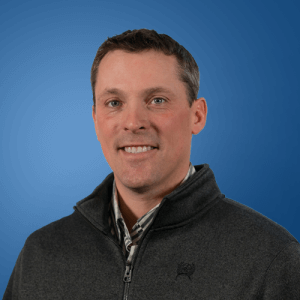 The drought triggered AgriRecovery funds for the livestock sector, but many crop farmers felt excluded. Horner says that AgriRecovery is designed to cover uninsurable losses, which applies more to the livestock sector. He adds that the programs all need to continue to make sure that there’s always a tool in the business risk management (BRM) programs for every type of operation.

As the federal and provincial ministers meet and work on the next ag policy framework, Horner says he agrees with his predecessor Devin Dreeshen’s opinion that margin-based insurance should be a part of the BRM suite; however, he says that may not be feasible for the five-year framework starting in 2023.

“Whole-farm insurance potential is still there and has been worked on,” Horner says, “but it’s probably a 2028 timeline. We don’t want to just sit around and wait for that, so we are focused on trying to tweak AgriStability in the short term.”

Horner comes from a ranching background, something he feels is an asset from a practical level, but also one that gives him a deeper understand of some of the challenges and hardships producers are facing.

“Just look at the input prices from, you know, fertilizer to Roundup and everything in between — there’s a lot of people out there that you know, the stress is real,” he says. “They’re wondering how they’re going to find seed and get next year’s crop in the ground. So I think just having that background and knowing what that feels like. And I think that gives you a pretty real perspective to take on any part of this job.”

Horner adds that agriculture as an economic driver in Alberta is a key focus of his role, and he has the support of the premier on that being the priority.

NCBA confident NAFTA 2.0 will be good for beef industry

More than US$800M in agriculture loss by American Midwest flooding

Advanced Farm Management Program About Taking Action On Your Farm