Imports of feed into southern Alberta since November have been unprecedented, but delays in shipments, of both corn and distillers’ dried grains (DDGs), from the U.S. have resulted in cattle feeders still having to scramble to find feed.

As we reported earlier this week, many feedlots are waiting nervously for trains to arrive, with feed supplies running extremely low.

“It’s just-on-time delivery, and it’s a little bit nerve-wracking, there’s no question about it,” says Darcy Haley of AgValue, a Lethbridge-based broker that operates an online trading platform for feedgrains. (You can listen to the interview with him below.)

Canadian corn imports from the U.S. in October and November were more than four times higher than the previous year, according to the latest numbers from the USDA. More than 2.2 million tons in U.S. sales into Canada were yet to be shipped as of the end of December 2021.

“I can guarantee you that this is by far the largest amount of feed imports of corn and corn DDGs, ever,” says Haley, who’s worked in the feedgrain market for 35 years. “When you think about supplying Western Canada with — there’s a few guesses out there — five to six million tonnes of corn, and a million, million and a half tonnes of corn DDGs, you’re going to have issues.”

COVID-related absenteeism and the vaccination requirements for crossing the border have added to that list of issues, which also includes winter weather, unpredictable railway scheduling, and labour shortages. Some feedlot owners also say they’re not sure the railway understands the urgency of the situation.

While corn is in short supply due to trains not arriving on schedule, Haley expects the shortage of DDGs could be more extreme and longer lasting.

“Corn is lower in protein than barley is, so you need to add corn DDGs, which are about 30 per cent protein, but the problem with corn DDGs is they don’t come up in 100 car trains. They come up in smaller trains, anywhere between, seven and 25 cars, and the railway doesn’t pay as much attention to those smaller strings of cars as they do 100 car trains,” he explains. 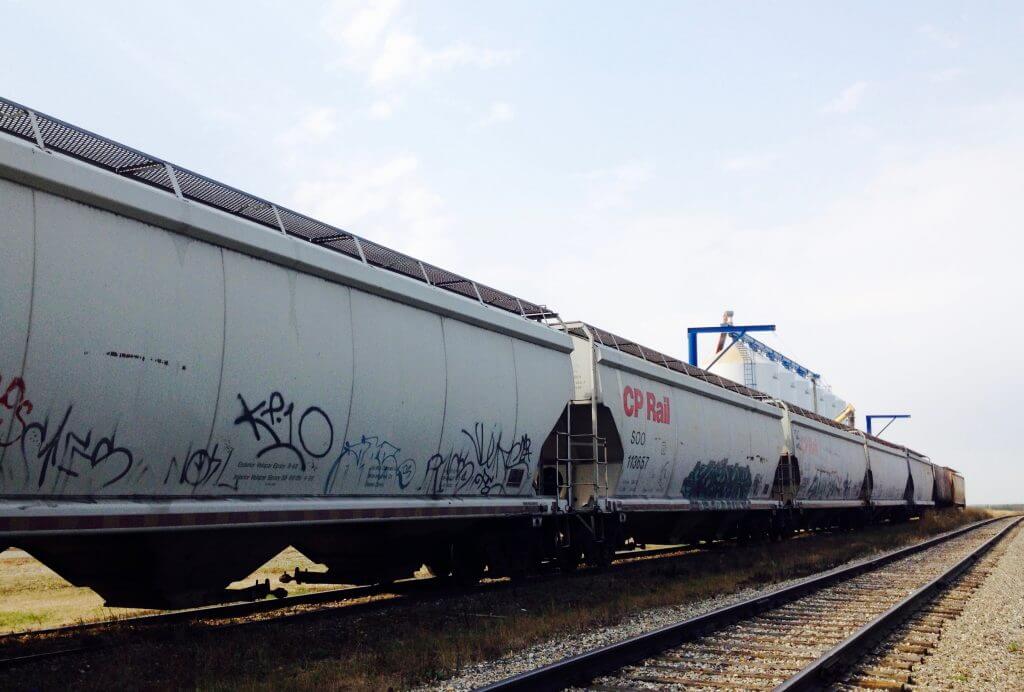 While corn is mainly moving into the western Canadian Prairies on CP unit trains, DDGs are also moving into Montana via the BNSF railway and then getting trucked across the border into southern Alberta, but that trucking capacity has been constrained by the cross-border vaccination mandates, with some estimating that a third of those drivers are now unavailable, says Haley.

The need for DDGs to supplement corn is also going to climb as barley becomes impossible to find. By April 1, he expects feeders will be using 98 per cent corn. Cold temperatures and last year’s calves shifting to higher energy rations are also driving up the amount of feed that’s needed.

While feed supplies are desperately low, the situation could also have been worse in Haley’s eyes.

“I mean, if you backed up to the mid-late ’90s, and when we used to bring 25 cars out, and they would come up and sit in Medicine Hat for 10 days before they got pulled to Lethbridge — this setup that we have now is much, much better, compared to back then,” he says.

“There are issues, but I do believe it could have been worse, and I do believe that, eventually, it will get caught up. But the new COVID vaccination mandates are going to make it harder.”