A convoy of truck drivers and their supporters assembled early Monday morning at the Emerson, Man. border crossing to protest the Canadian government’s cross-border vaccine requirement that began Saturday, January 15.

The rolling convoy continued through the day on Monday north of the Emerson, Man.-Pembina, ND crossing.

Until now, truckers going south and coming north were exempt from certain COVID-19 travel restrictions. In November 2021, the federal government said it would be ending that exemption to align with U.S. requirements that come into effect January 22, 2022. On that date, any non-U.S. citizens crossing the land border to the U.S. must show proof of vaccination.

There was wide-spread confusion within the industry last week as an erroneous statement by a border services representative said the mandate would not go into effect on the 15th. That incorrect statement was later called false, and the government reiterated its commitment to the mandate. 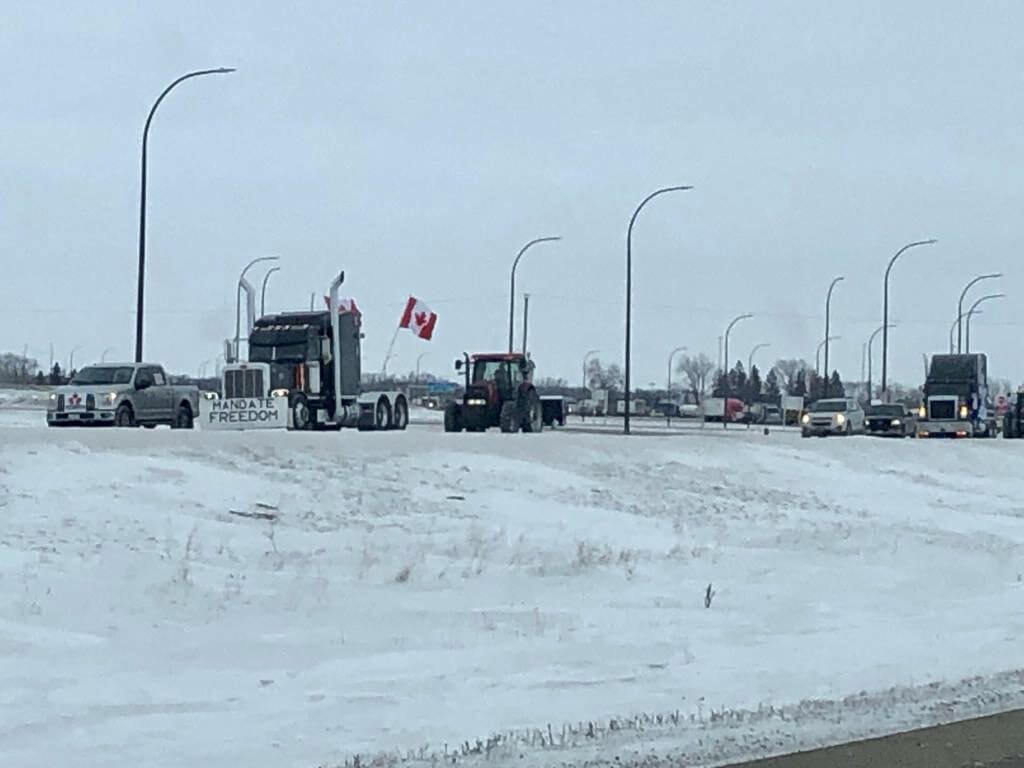 Protestors at the Emerson, Man. border crossing on Monday expressed their opposition to the vaccine requirement, as well as other federal policies, including the carbon tax.

Trucks, trailers, and some farm equipment started gathering well before sunrise, lining up along Hwy 75.

Organizers said the convoy, which drove in a loop, would not block traffic.

The protest has a large social media presence as well, with users on TikTok, Twitter, and Facebook using #TruckersForFreedom.

Other protests are also planned across the country in the coming days. A larger, cross-country demonstration is planned for January 23, 2022, the day after U.S. mandate is set to take effect.

It’s estimated that the trucking industry could see a 10 to 20 per cent reduction in available truckers as a result of the cross-border mandate, as well as a potential inter-provincial mandate that the federal government has said it plans to implement early in 2022. Some industry analysts suggest that number is too low, and that the impact of the driver shortage will be more widespread than estimated. 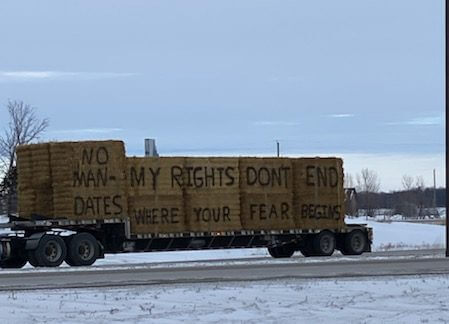 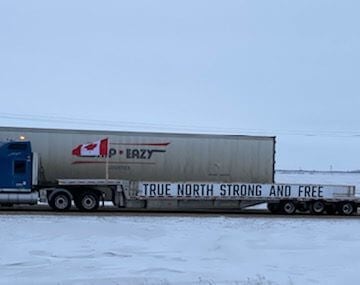 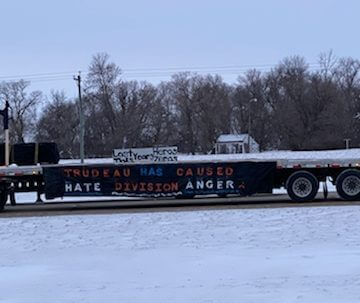