The highly-pathogenic avian influenza (HPAI) outbreak in domestic poultry escalated late last week, as Ontario’s chief vet announced the suspension of any activities where domestic birds would co-mingle and a prime poultry processing area of Manitoba was placed in a quarantine zone.

On September 23rd, the Office of the Chief Veterinarian for Ontario (OCVO) issued a Minister’s Order under the Animal Health Act, 2009, for the purpose of limiting the commingling of birds from different locations in Ontario to reduce the likelihood of disease transmission in domestic birds by limiting direct contact.

In Manitoba, a positive AI case in the Municipality of Ste. Anne sparked the set up of a primary control zone that includes Blumenort, an area with a major poultry processing plant and hatchery, as well as primary producers. 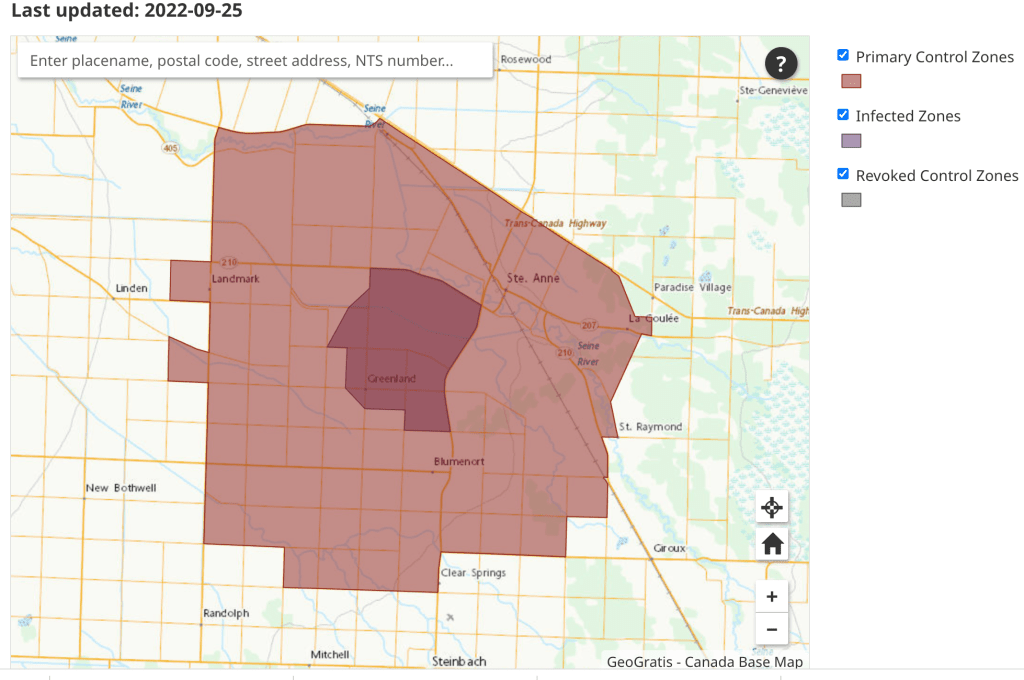 There are currently four active control zones in Manitoba, with one pending.

A primary control zone is an area where the CFIA has deemed that HPAI exists and where, once declared, certain movements are controlled by the use of permits.

Alberta continues to be the hardest hit province, with 13 primary control zones in place and one pending, and over 1.2 million birds impacted.

For more of our coverage on HPAI, click here.

Canadian Pacific Railway is the new owner of Kansas City Southern as of December 14, 2021, although KCS must continue to operate independently until the U.S. Surface Transportation Board approves the North American railway marriage. Upon closing of the US$31 billion deal on Tuesday, the shares of KCS were placed into a voting trust, and…