The total number of birds on Canadian farms lost due to H5N1 avian influenza nearly hit the 7 million mark in the 2022 calendar year, with over 40 per cent of those birds affected in the last two months in southern B.C.

Heading into 2023, the ongoing outbreak of highly pathogenic avian influenza (HPAI) is “unprecedented in terms of the number of detections, the geographical distribution and its long duration,” according to the Canadian Food Inspection Agency (CFIA.)

The following charts, based on the CFIA’s weekly data shared with RealAgriculture, show how increases in the number of domesticated birds infected by avian flu coincided with the spring and fall migratory seasons. 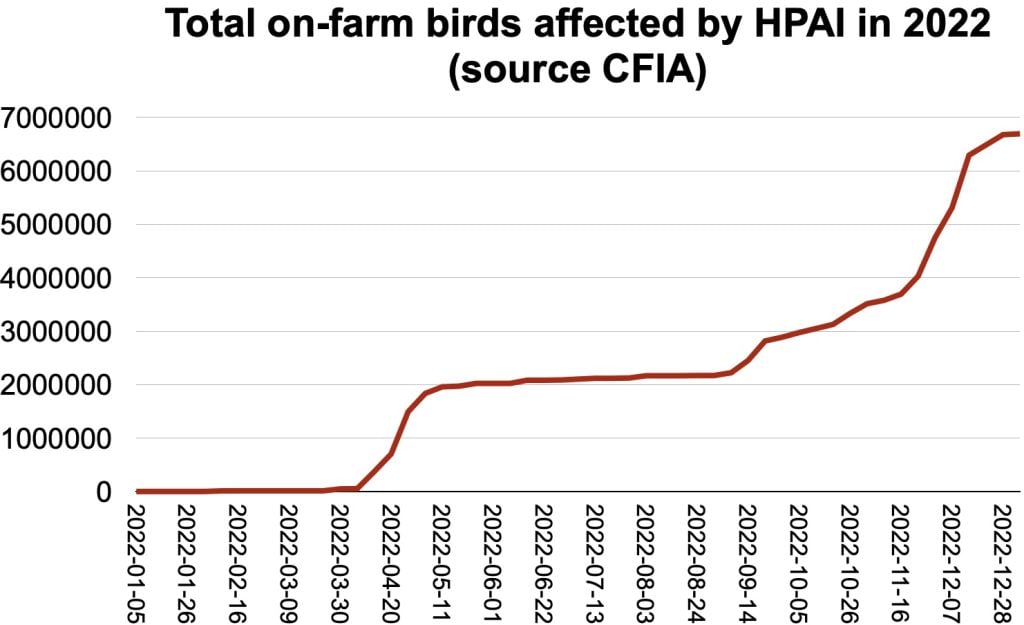 For most of 2022, Alberta was the hardest-hit province (dark blue line on graph below), however, poultry producers in B.C. (orange line) have been devastated by the virus since the middle of November, with wild birds lingering later in B.C.’s moderate climate. As you can see, the number of new cases in BC finally started to slow down in late December. 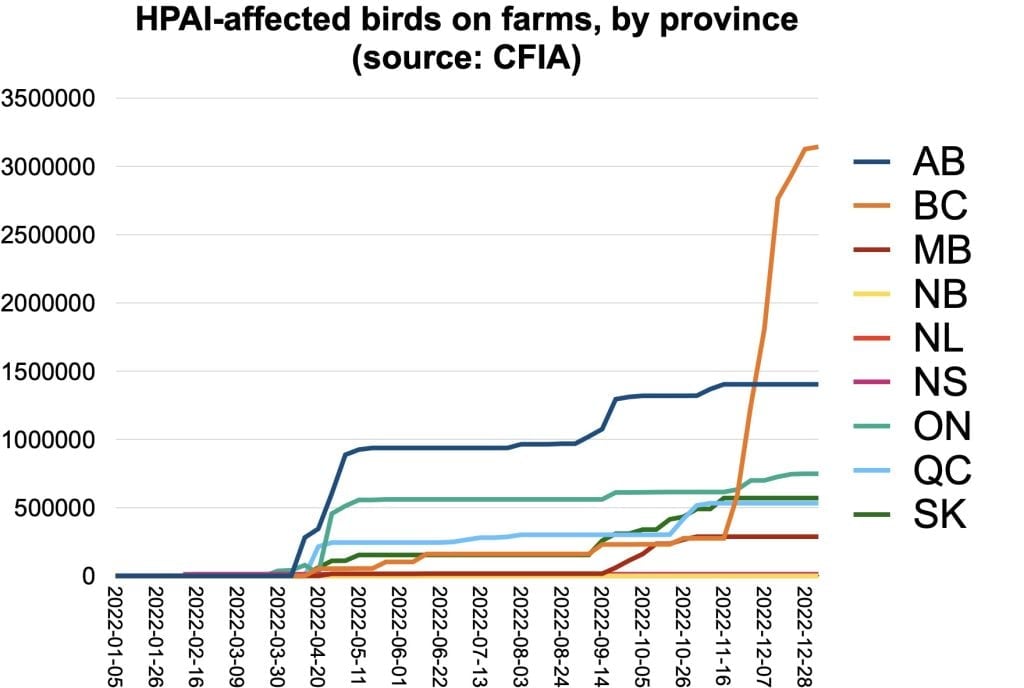 South of the border, U.S. farms lost nearly 58 million birds in commercial and backyard flocks in 2022 — surpassing the largest previous outbreak in 2015.

The outbreak, which started earlier and is ongoing in parts of Europe and Asia, is unfortunately expected to continue in 2023, which means there will be a continued emphasis on biosecurity on poultry farms, and potentially a move toward vaccination against the virus. Most countries, including Canada and the U.S., have avoided using vaccines for AI due to the complications it would create regarding trade and AI surveillance, as vaccinated animals could test positive for the virus.

Find more coverage of the ongoing avian influenza outbreak here, and via the links below.

Lessons learned so far, with avian influenza expected to stick around

Wider row spacing in cereals has traditionally been associated with lower yields, but SeedMaster says its SeedMaster Ultra-SR provides 15-inch spacing with no yield loss when used in cereals. Tim Criddle, global sales director for SeedMaster, took time at the Western Canada Crop Production Show to discuss the new drill with RealAg's Atley Hamlin. In the…