The Successors, Ep 6: Gaining respect at the table, joining a family farm, and singing in the tractor

The Successors is a RealAgriculture podcast series hosted by Kara Oosterhuis focusing on agriculture from the perspective of the up-and-coming generation. How do you separate business from personal when you live and work with your spouse? What are some of the things you can do when you’re the newcomer into an operation? Why is planning…

The HALO Air Ambulance board of directors is pleased to announce a three-year contract extension for Paul Carolan as chief executive officer, effective November 15, 2021. Carolan continues at HALO at a critical time as the progression towards a sustainable program continues, says the organization. “HALO has ambitious program and fund development goals, and Paul will continue to build our…

The HALO Air Ambulance board of directors is pleased to announce a three-year contract extension for Paul Carolan as chief executive officer, effective November 15, 2021.

Carolan continues at HALO at a critical time as the progression towards a sustainable program continues, says the organization.

“HALO has ambitious program and fund development goals, and Paul will continue to build our organization and bring it to the next level. He will provide leadership and strategic guidance for our world-class helicopter program To achieve our purpose in today’s health care and economic landscape we must push harder, welcome innovation and creativity, lead change, and be more efficient.”

Carolan has been a part of HALO since 2018, and has served as CEO for the last two years. “Under Paul’s leadership, we will continue to work towards a diversified funding model that provides assurance against changes in the economy and government,” says HALO.

The key to the project’s success, says RDAR, will be leveraging the expertise and resources of CBS Bio Platforms to uncover a new pathway to unlocking plant protein potential. The project builds on a wealth of previous CBS feed technology research, particularly with enzyme technology.

The research will broaden the toolbox of beneficial and affordable plant protein sources, diversify the options for alternatives to antimicrobial use, and help meet the new market legislation and consumer preferences for poultry and swine products.

“Innovation in animal feed represents a great area of opportunity for Alberta’s economy and to help our livestock producers maximize benefits and increase profitability,” says Nate Horner, Minister of Agriculture, Forestry, and Rural Development. “This industry-directed investment from RDAR towards made-in-Alberta solutions will accelerate our progress to capture this potential — supporting a strong future that expands the boundaries of Alberta’s agriculture success.”

The Canadian government has not yet decided how it will respond to an invitation to join a U.S.-led coalition of countries promoting “sustainable productivity growth” in agriculture. The productivity-focused coalition…

The Canadian government has not yet decided how it will respond to an invitation to join a U.S.-led coalition of countries promoting “sustainable productivity growth” in agriculture.

The productivity-focused coalition championed by U.S. Agriculture Secretary Tom Vilsack at the UN Food System Summit in September is seen as countering the European Union’s Farm to Fork strategy, which Vilsack and others say will lead to a reduction in agricultural productivity.

“We initiated this coalition because it is clear that increasing agricultural productivity is essential to meet the needs of a growing global population and ensure that food is affordable to hundreds of millions of people around the world,” Vilsack said in October. “If we are going to end hunger, while minimizing environmental impacts, we must commit to developing and deploying new ways of doing things in agriculture.”

Joining the coalition would be a signal the Canadian government supports the U.S. approach.

The list of countries that have already signed on includes Australia, Brazil, Ghana, Honduras, Ireland, Israel, Philippines and Vietnam.

Speaking at a World Food Prize event in Iowa last month, the U.S. ag secretary noted Canada and Mexico have both been invited to join the coalition. The symposium featured a panel discussion where Vilsack was joined virtually by Canada’s Minister of Agriculture and Agri-Food, Marie-Claude Bibeau, and in-person by Mexico’s Secretary of Agriculture, Víctor Villalobos, but neither addressed the United States’ invitation in their remarks.

The Canadian government is “closely considering” the productivity coalition, as well as joining another U.S.-led group of countries focused on reducing food waste, says a spokesperson for AAFC.

“Each of those coalitions support Canadian policies and interests; however, decisions on joining them have not yet been taken,” the spokesperson says, in a Nov. 25 email.

Canada has agreed to join a third U.S.-led coalition: the coalition on Agriculture Innovation Mission for Climate, also known as AIM4C.

“In addition to the U.S.-led coalitions, Canada has also expressed support for other coalitions that have come out of the UN Food System Summit: Achieving Zero Hunger, Indigenous Peoples’ Food Systems, and Making Food Systems Work for Women and Girls,” notes the AAFC spokesperson. 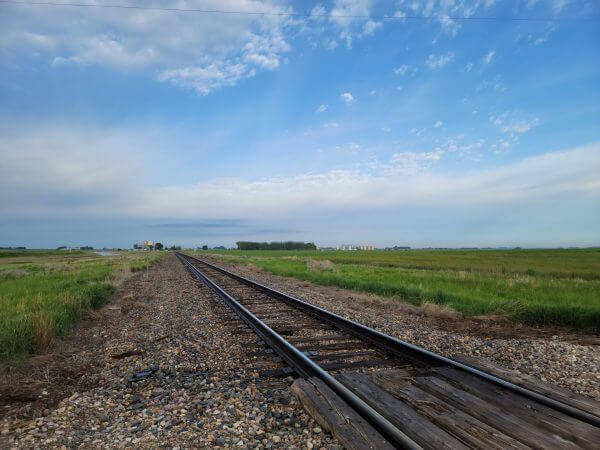 The Canadian Agriculture Human Resource Council (CAHRC) is announcing the launch of a new partnership with the Business + Higher Education Roundtable (BHER) to create an agriculture-focused business case competition for Canadian post-secondary students from any discipline. The goal of…

As part of Ontario’s reopening plan, farms and agriculture businesses with one employee or more are required to have COVID-19 safety protocols in place. Dean Anderson, strategic advisor, agricultural initiatives with Ontario’s Workplace Safety and Prevention Services (WSPS), says that… 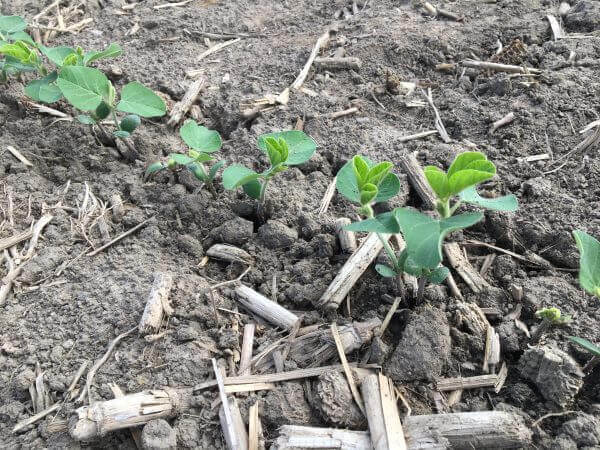 Which management practices help boost soybean yields and give you the best return on investment? That’s a question Wisconsin soybean specialist Shawn Conley and his colleagues have been working on for four years, and the answers may be surprising for… 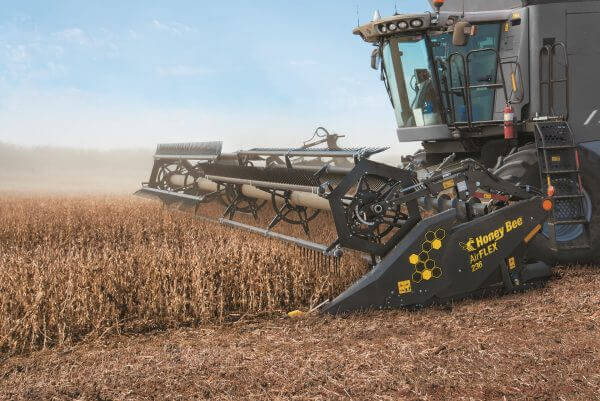 The Successors, Ep 6: Gaining respect at the table, joining a family farm, and singing in the tractor

The Successors is a RealAgriculture podcast series hosted by Kara Oosterhuis focusing on agriculture from the perspective of the up-and-coming generation. How do you separate business from personal when you live and work with your spouse? What are some of… 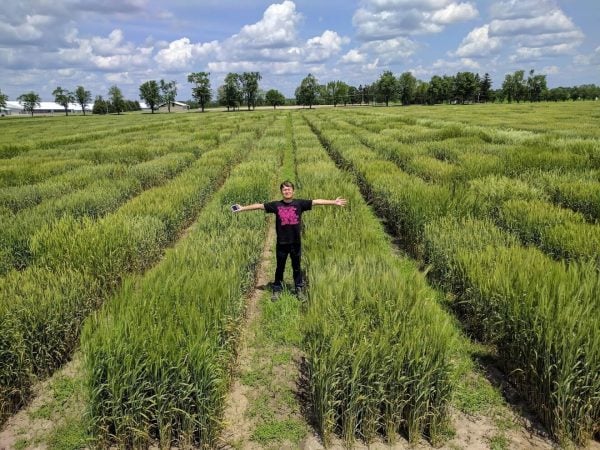 Farmers looking to upgrade their farm management skills, without the cost and commitment of on-location learning, will be able to access a new online course beginning in January 2022. RBC Royal Bank, Farm Credit Canada and the University of Guelph…

Monday to Friday at 4:30 PM EST on Rural Radio Channel 147 on SiriusXM Radio. 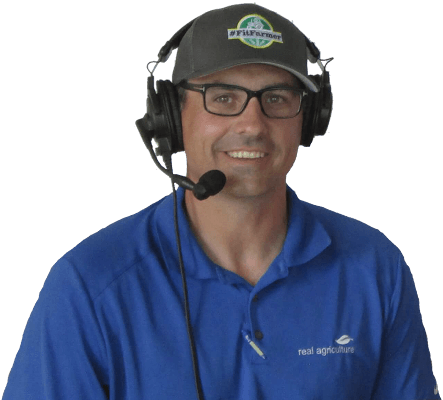 More Radio
More Radio
Subscribe to the podcast on iTunes or Google Play. 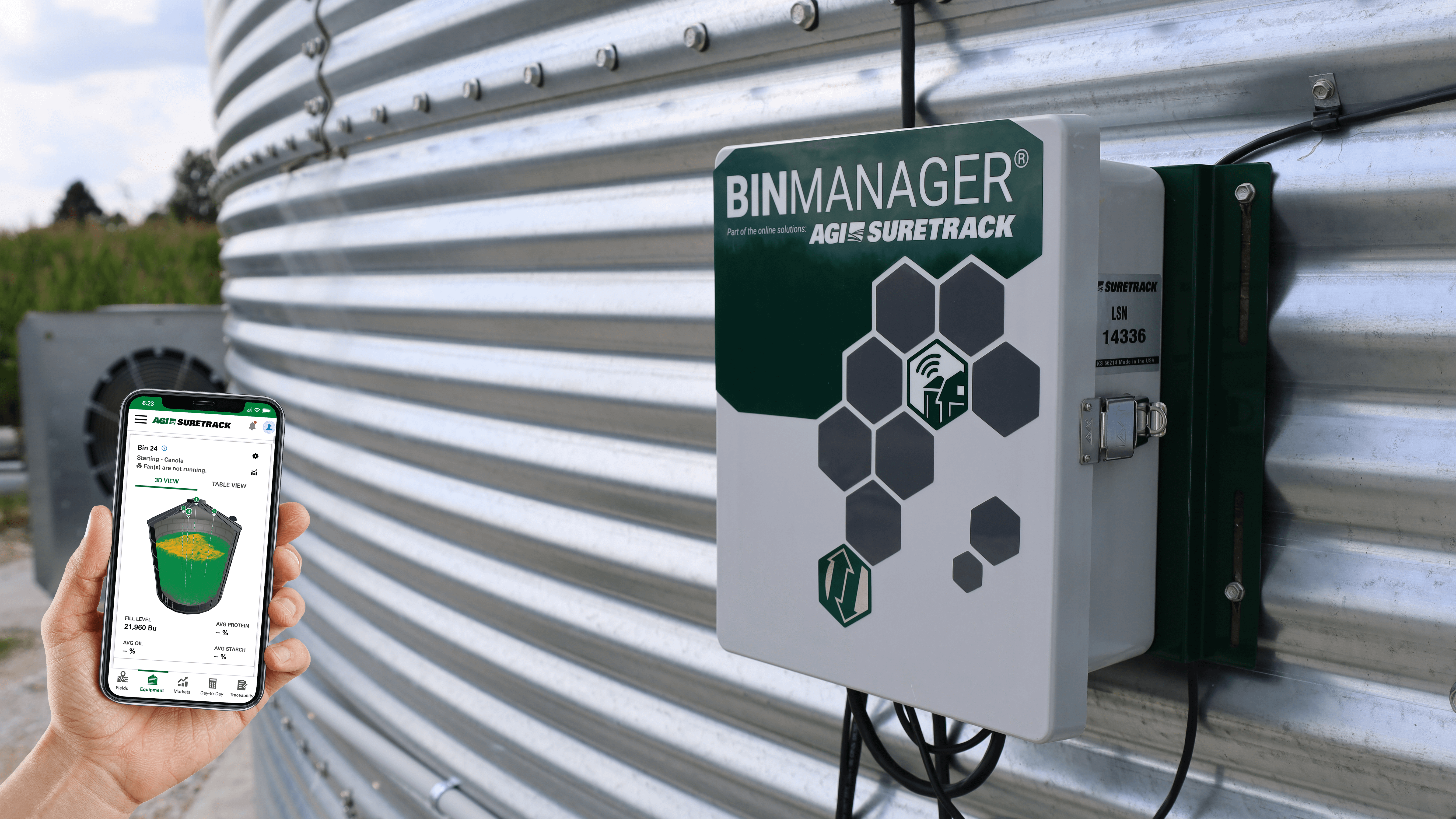 When it comes to your stored grain, what’s it worth to you? If you’ve stored grain before, you know how quickly conditions can change inside your bin, and that a bin monitoring system allows you to be responsive to those… 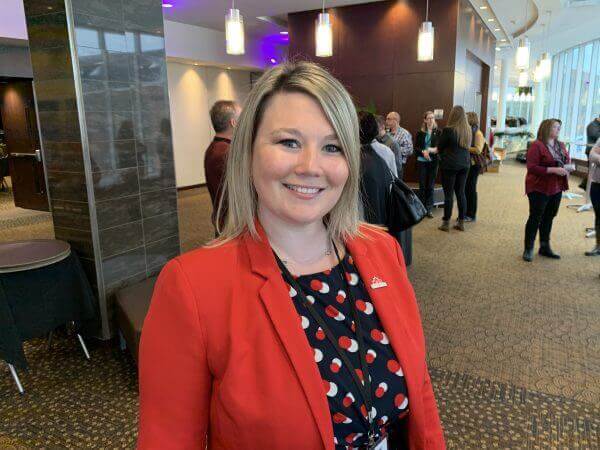 Change is everywhere in farming and often everything seems to be in flux , whether it’s markets, trade relationships, weather, or family relationships. Depending on the circumstances, farmers react differently to change, says Heather Watson, executive director at Farm Management… 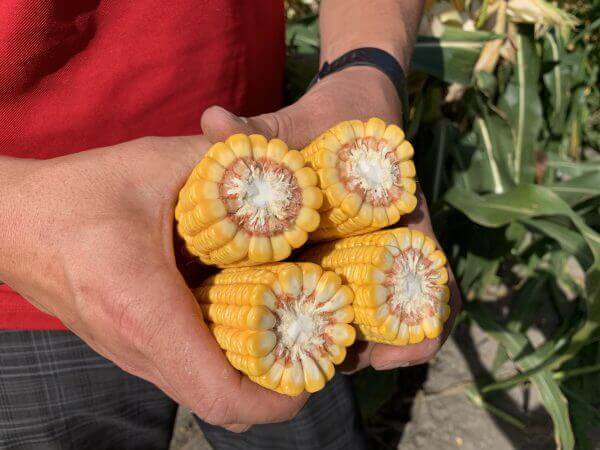 On this week’s episode of Wheat Pete’s Word, host Peter Johnson talks about damaging wheat plants, upcoming sessions at the Ontario Ag Conference, economic rates of nitrogen, and foliar potash results. Is only one episode a week enough? Some of…

How low can you go? Horsch’s new sprayer boom gets closer to ground and crop canopy

Horsch’s Leeb sprayer is a brand new unit on the market and the features are seemingly endless. To start, a high gear ratio on hubs are heavier built, meaning the Leeb can go up a steeper hill in a higher… 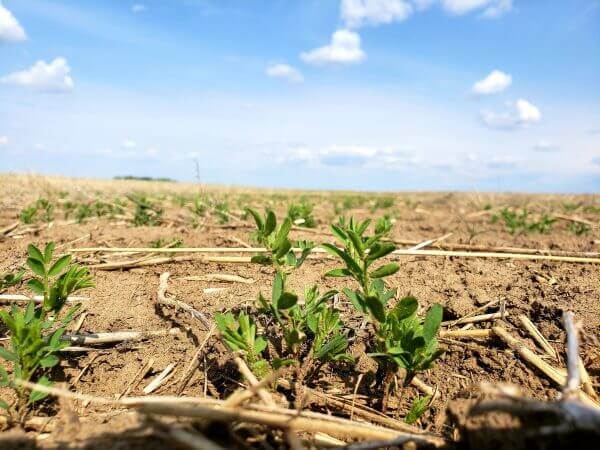 The dry 2021 growing season will certainly put pressure on the risk for herbicide carryover in 2022, and special attention should be paid to pulse crop planning in that respect. “Growers should look to understand what active ingredients were applied… 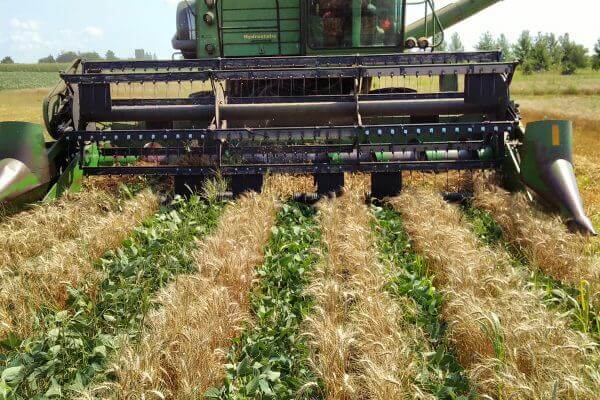 The Agronomists, Ep 47: Eric Page and Michelle Hubbard on intercropping and relay cropping

If one crop is good, two could be better. Intercropping and relay cropping is gaining momentum in Ontario and Western Canada, in an effort to maximize yield, decrease fertilizer use, and possibly reduce herbicide and fungicide passes. To explore what… 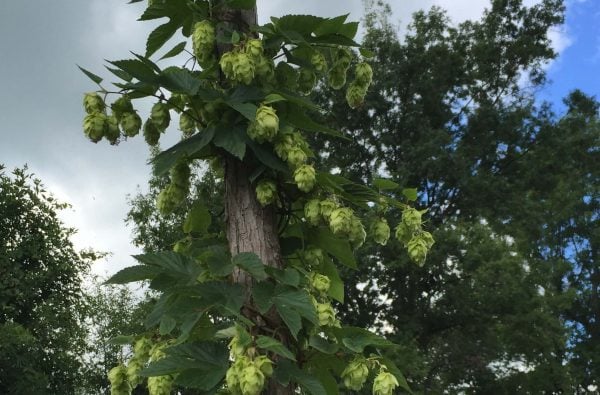 Canada’s Outstanding Young Farmers regional nominees have been announced and the national event is set to take place December 2 and 3. The program recognizes farmers between 18 and 39 from any area of agriculture, with a few criteria. Carla…

Running is one of those activities that can be very polarizing: many seem to either love it or hate it. For this episode of the Fit Farmer podcast, co-hosts Shaun Haney and Gary Chambers brought in someone who actually knows… 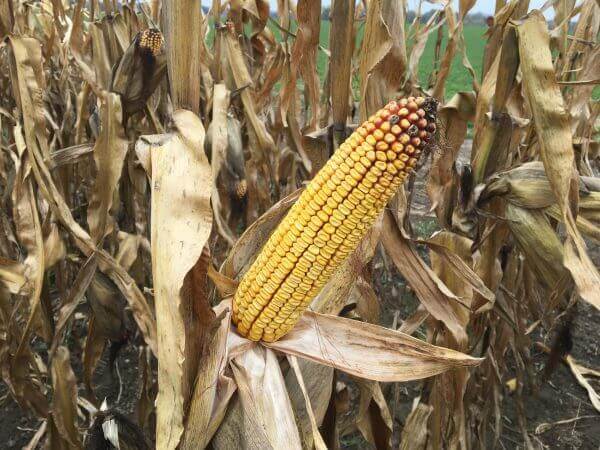 Corn School: Determining most economical rate of nitrogen for 2022

It’s November and Ontario corn growers continue to push through a harvest that will likely smash the provincial yield record. But there’s also lots of talk about the 2022 season, especially when it comes to fertilizer prices and what impact… 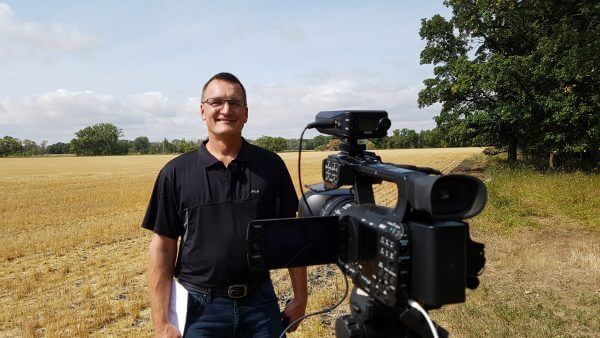 It would seem that no one has ever told the Jochums that “too many cooks spoil the broth.” Günter, Crystal, and daughter Fiona Jochum farm together just west of Winnipeg, Man. But they don’t just farm as a family, they…