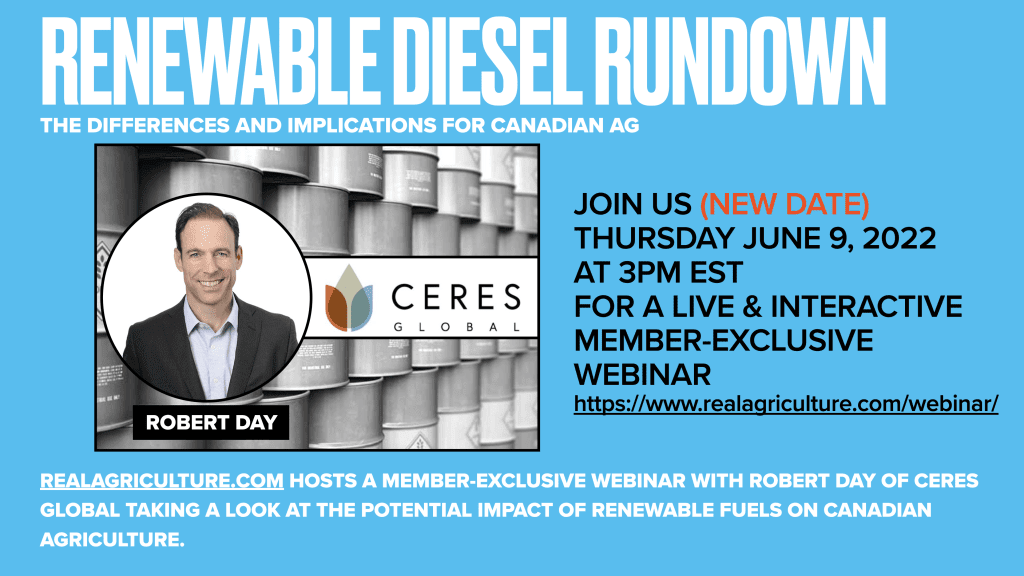 We are very excited to announce the topic of our first members-only webinar: Renewable Diesel Rundown: The Differences and Implications for Canadian Ag with guest Robert Day, the CEO of Ceres Global Ag.

Based on both the Canadian and U.S. governments looking for opportunities to further develop their biofuel industries, the canola and soybean industries are very excited about the potential demand for renewable diesel. Mr. Day will provide the background on the differences to biodiesel, potential market demand growth, resulting shifts in domestic oilseed crush capacity, and possible trade flow alterations.

As one of the companies intending to build a canola crush plant in Canada based on the potential of renewable diesel, Mr. Day has some skin in the game and will provide an insider’s perspective on why his company and others are so bullish on this relatively new biofuel. 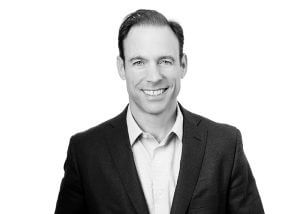 Robert Day joined Ceres in February of 2015 as Vice President of Trading and Risk Management and was promoted to interim and then full-time President & CEO in June and November of 2016, respectively. Prior to that he worked for Cargill, Inc. from 1993 – 2012 and then ED&F Man from 2012 – 2015. While at ED&F Man Mr. Day held the position of Managing Director Asia, based in Singapore and also supported the build-out of their capital markets business in North LATAM.

Register below for an account with RealAgriculture and you will be sent a Zoom link the day before the event. Already registered? You’re already on the guest list and will also be sent an invitation.